Android emulators is a software that runs environment on a PC and gives you all features of an Android. Android is a world’s popular OS for mobile devices and in recent time there are so many developers are working on it. Even google also working on android to provide best of best experience to its user.

So here we are sharing 11+ Best Android emulators for PC which covers all your needs. All these emulators are tested on our system & these are optimized for Windows and Mac system. Also, I am sharing Pros and Cons of each of one emulator. So you can easily choose best emulator for you.

What is Android Emulators

Emulators are software that is developed to experience Android, IOS, PS4, etc OS on Windows and Mac system. In windows and Mac Android and IOS services are not possible. If the app developer needs to test an Android app on windows then he needs to install an Android Emulator on PC.

Android Emulators creates environment on a PC using some coding and hardware. It runs all android apps on it and give you the original android OS virtually installed on a PC.

NoxPlayer is a best android emulator for windows. You can play android games on pc without any compromise in quality or performance.

Also, you can connect Keyboard and Mouse to play games. Some of android games need this for playing Counter Strike, Pubg, Real Racing, NSF Most Wanted, Vice City etc.

NoxPlayer is fully optimized for game and apps, you will get same gaming experience like PC and Console. You can play games in high quality without any delay. Also, added custom manual keys to play PUBG Mobile on PC.(In some pc’s Tencent Gaming Buddy is not supported, so you can play PUBG Mobile on NoxPlayer)

In NoxPlayer you can set your own controls on keys and mouse. It is best for gaming. NoxPlayer supports keyboard, gamepad, console, script recording and multi tasking at one time. It means you can open many tasks or do at same time.

BlueStacks is another old but gold emulator for PC. This emulator is so very old but it gives you the best experience than others.

When I started using PC in my life I have installed Bluestacks emulator on my PC to experience the android system because that time I don’t have money to purchase an android device.

I am playing games and using one of the favorite apps is Whatsapp on it. It is the most reliable and lightweight emulator for everyone. I recommend you to use BlueStacks to get the pure experience of Android Emulator on PC.

Bluestacks gives you access to customize controls of the game also you can play games in high FPS. Real-Time Translation is the best feature in it. It translates game language into your own language. Using farm mode you can play farming category games for free.

Android studio is a product of Google. Which used to develop or create an app. Using this you can create android apps for free by using Java and Kotlin. If you are familiar with computer languages then you can develop android apps of your choice.

Android studio comes with inbuilt Android Emulator to run and test apps on a virtual android device. It gives you an android environment that runs android system virtually, that’s you can run any android app in it. There is a drawback of Android Studio is your computer needs minimum 8 GB of ram. It also runs on lower ram PCs but the emulator makes hanged between processing.

If you Just doing programming then you don’t need higher ram, if you want to run a developed android app on your device before build then you can use the app using ADB.(Connect android phone to PC using USB then enable USB dubbing)

Phoenix is an another best OS for PC to experience pure android device on your pc. This os is like a widows os. You need to install it like windows.

Phoenix is generally developed for who like android apart windows. It means you can use it as a OS. I never seen before like phoenix OS. If you use it I will guaranty you are satisfied by using this.

Gaming is optimized at a higher level, you will get access to customize controls of it. Some games need to customize its controls like crossing arrow to a,b,c,d, are you played IGI game on PC then you will know that how controls are important in-game. If your PC doesn’t support Tencent PUBG Emulator then you can play PUBG Mobile on your PC by using Phoenix OS.

Tencent Gaming Buddy is an Android emulator to play PUBG Mobile on PC or Laptop. In 2018 the Game PUBG Mobile was released by Tencent Pvt Ltd. The game was played globally by millions players and its fame in world are increasing day by day. This is an one of the best game in the world because of its controls, graphics, animations, support, buggless, and most important is its gives a little bit pressure on your brain that means your brain was charged.

According to Wikipedia, people who plays game their mind power is much powerful then a normal person. Let’s assume if you play a game for 15 min or much more in a day then your mind try to analyze game and that time the brain was used, and on next day brain will know what I do? If you do a work every day then you will get masted in it after a few days.

Prime OS is another best OS like Phoenix OS. You can install the prime OS as a daily partisan. You can use it as a daily driver, prime OS is like a chrome OS except for chrome utilities. Prime OS comes with a lot of features like mouse and keyboard support, multitasking is possible at a higher level.

Prime OS is based on android, you will get all features of android in it. Also, you can customize controls as you wish. The best part of prime is the customization of Systems like how many rams to use or storage. We have tested Prime OS in-depth and the review of this OS is really good then Phoenix OS. If we get any update regarding this then we publish updates in this article.

Remix OS Player is a newer Android emulator for PC. Android has a wide range of games available on the play store which is supported by the Remix OS Player. You can play games like Clash Royale, Clash of Clans, Pokemon Go, if you want to play action games then Remix OS gives you a touch scheme less experience using mouse and keyboard to play action or adventure games.

This is a fully optimized package for a gamer, mainly the remix OS player is used to play games. It runs on Android Marshmallow (Android 6.0) with a smooth experience. In future other android, versions are available. The installation of the remix is pretty simple. You just need to download exe file on the desktop and runs it as a normal setup.

MEmu is a powerful and reliable android emulator for PC. It is a newly launched and favorite emulator of gamers. It supports AMD and Intel chipset to run smoothly with AI. This is the best android OS emulator for PC or laptop among the all. We have tested it and used it for more time.

MEmu mostly worked on AMD chipsets and more optimized for it. It seems developers hardly worked on AMD. Additionally, It comes with various versions of android like Kitkat, Lollipop, Marshmallow, Nougat, and Android 10 which works on Android O. You can run multiple games at a time. It much likes Bluestacks and NoxPlayer.

As I said, we have collected all the information about Android Emulators to run on PC. In the Above section, we listed 7+ Best and powerful Android Emulators for PC to play games, to do multitasking, and Much More. If you have any doubts about this article or about any emulator then you can ask me in the comment section.

Which is the Best Android Emulator for PC?

According to my personal review, Bluestacks and NoxPlayer is the best Android Emulators. I have shared all the reviews of some emulator you can choose any one of them.

What requirement need to run Android Emulators on PC?

You don’t need any environment or any tool. Just download Android Emulator .EXE file on your computer and install it.

What is Android Emulators?

Android Emulators is a software that runs Android environment on a PC and gives you pure android experience. 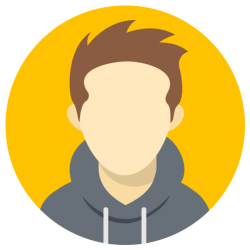 Rakesh Is Technoenhance Editor-In-Chief. He Is A Microsoft Certified Solutions Expert And Has Been Interested In Computer Hardware, Software, And Gaming Right Since The Time He Was A Child.

This site uses Akismet to reduce spam. Learn how your comment data is processed.